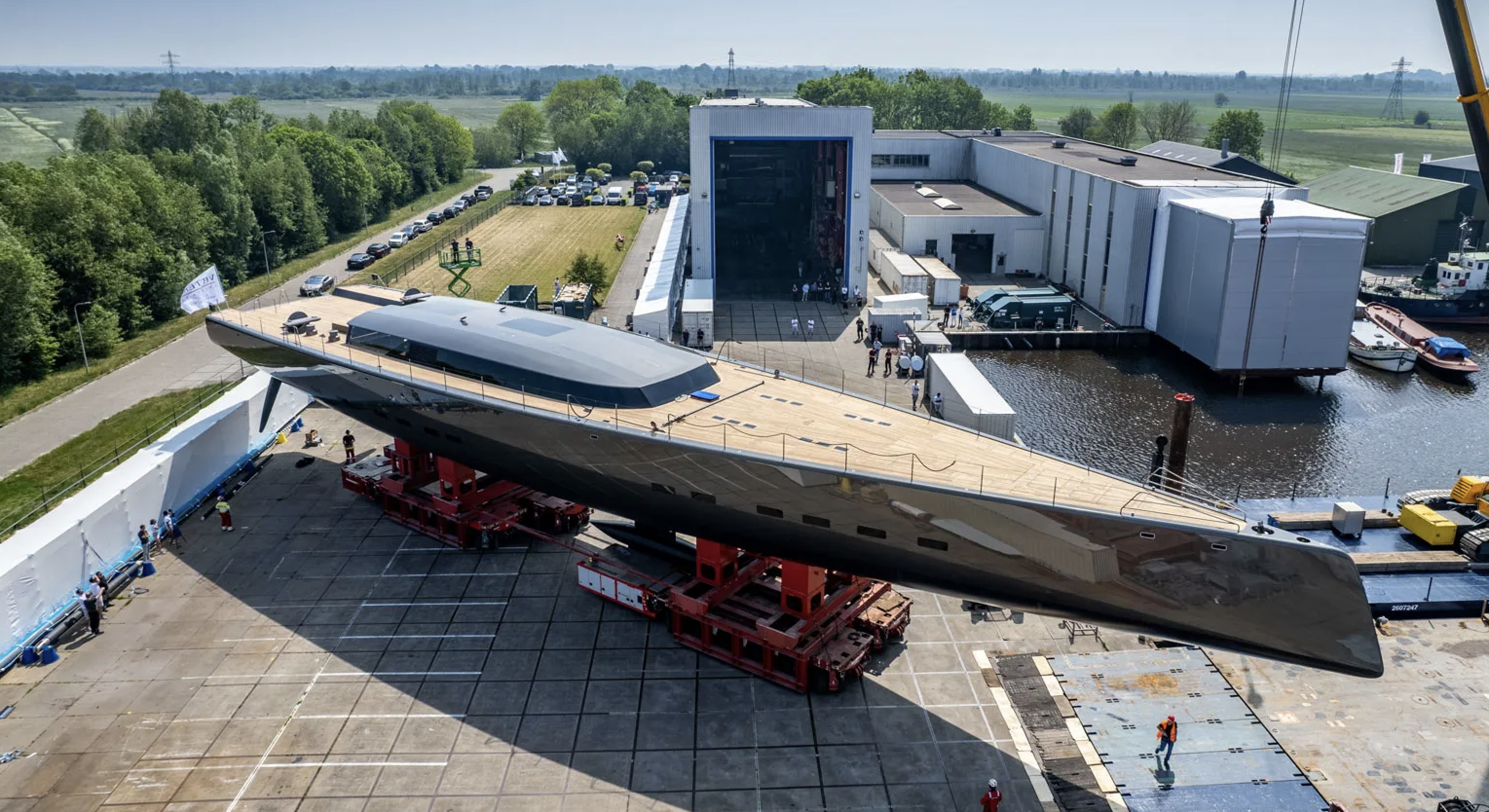 The 56 metre Vitters sailing yacht, known only as Project 3083, has been rolled out of the sheds in Zwartsluis after two years in build.

Built in aluminium, the sloop-rigged sailing yacht has been designed by Mani Frers with an inverted bow and flush deck. A lifting keel reduces its draft from 6.6 metres, for upwind performance, to just 3.5 metres for exploring shallow bays and harbours. Meanwhile, twin carbon rudders provide finger-tip steering at the helm.

Once construction is complete, a single carbon mast will stand 55.32 metres tall with rigging supplied by Southern Spars New Zealand. Her sail wardrobe will include a 682 square metre mainsail and 484 square metre blade headsail.

An interior by M2 Atelier features an owner’s suite located in the bow and four guest cabins aft granted by a generous 11.35-metre beam.

Other key innovations include retractable V-Bollards on deck, while down below, three V-Drums simplify headsail changes and a submarine Anchor system keeps the bow and foredeck free of anchor operations.

Project 3083 can carry two tenders, one under a hatch on the foredeck and one 8.5 metre tender in the lazarette, with room for a beach club. The yacht will be launched on Friday this week and is set to be handed over to her owner in time for summer.

Project 3083 is one of three sailing yachts currently under construction at Vitters, alongside a 44 metre fast-cruising sloop Project 3093 and 59 metre Project 3090.