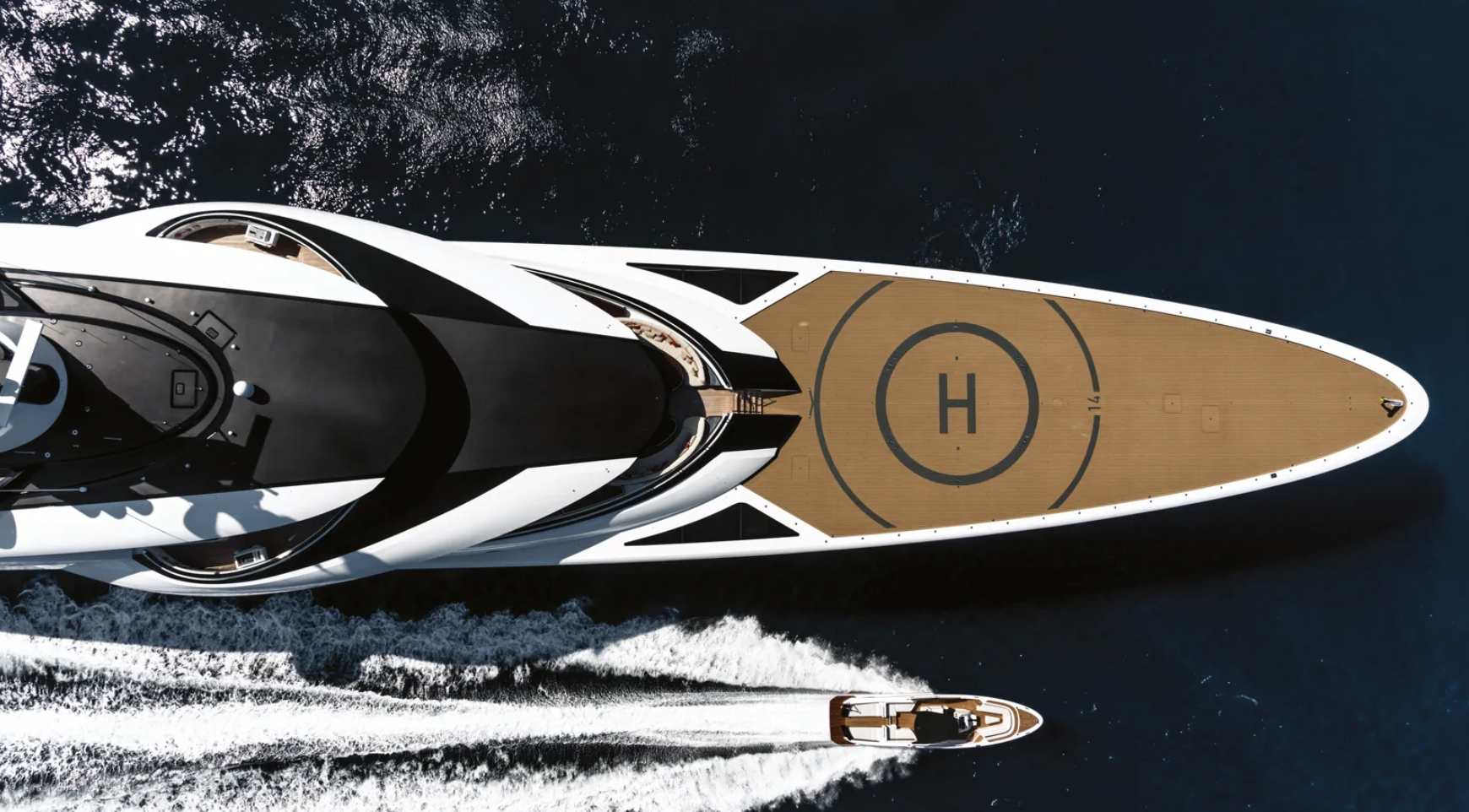 As the Monaco Yacht Show gets ready to open its doors, BOAT International takes a closer look at this year’s figures for yachts above 24 metres, with data powered by BOAT Pro.

The largest yacht at the show will be the Lürssen-built 115 metre Ahpo, which is being brought by the yard. Delivered in 2021, the yacht features a striking exterior and show-stopping interior, both conceived by Venice-based design firm Nuvolari Lenard.

Ahpo marks the largest yacht at this year’s Monaco Yacht Show, and the largest yacht ever to go on display at the show in Port Hercule. Until now, the crown had been held by Lürssen’s 111 metre Alaiya (formerly Tis), which attended in 2019. There are 112 yachts due to attend in-show at the Monaco Yacht Show this year, which marks an increase of last year’s 101 total.

This year’s fleet has a combined LOA of 5,475 metres (or 5.3 kilometres – around the same distance from Monaco to Beaulieu-sur-Mer). Meanwhile, the average LOA of attending yachts is 48.9 metres, which is in line with last year’s average LOA of 49 metres.

The average age of yachts is 7.66, a figure which is pulled down by older yachts including the 1975- built 39 metre Trafalgar, the oldest yacht in the show. There are a total of 34 yachts delivered in 2022 attending the show, which accounts for around 30 per cent of the total fleet.

Other notable yachts on the line-up include the 89 metre Here Comes the Sun, which is being brought by Amels and Damen Yachting following a full-scale refit and extension. The Dutch powerhouse will also have the first Amels 60 metre Come Together, another Beatles-inspired superyacht, on display as well as the 77.8 metre Energy.

Elsewhere in the Netherlands, Heesen is bringing 60 metre Lusine, and fresh from the yard in Athens, Golden Yachts will be showing off 80 metre Project X.

There will be two brand new yachts from CRN on show: the 62 metre Rio and the 52 metre Ciao. Ferretti Group will also be debuting the first hull in its hotly-anticipated 40 metre Riva Bellissima 130 series.

Yacht Shore Premium Services, Probably one of the best Yacht management companies in Cyprus and the most dedicated yacht agent in Cyprus, will be at the show, for new contacts with all the bigger Yacht management and Yacht agency companies. For more info contact [email protected]