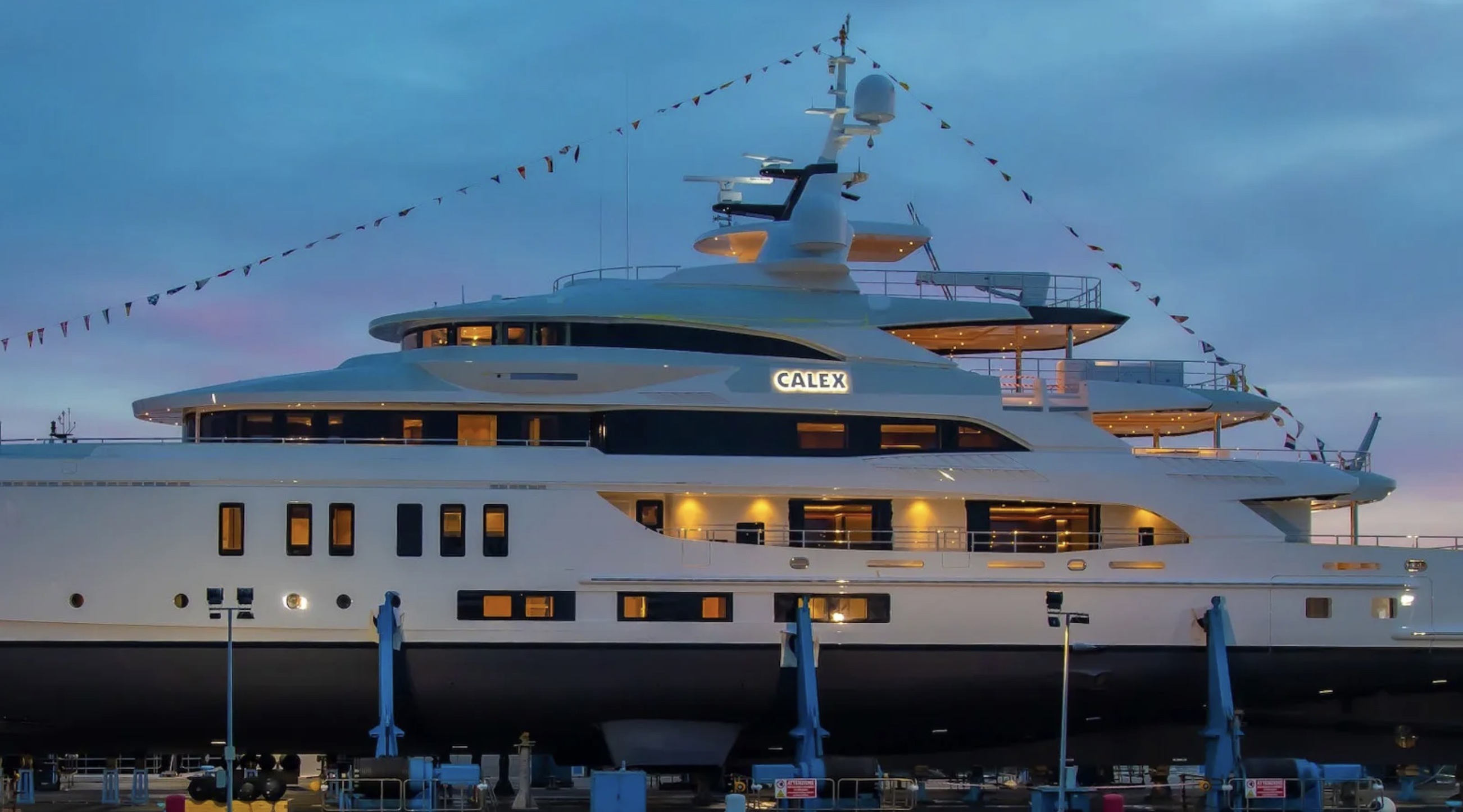 The yacht, which was formerly known as Project Fenestra, was sold to an experienced American owner with the buyer introduced by Northrop & Johnson in June 2019.

Designed by Giorgio M Casseta, Calex has been built in steel and aluminium by the Italian yard with a seven-cabin layout that can accommodate 14 guests. Ten cabins can accommodate 17 crewmembers, including three doubles for the captain, first officer and chief engineer. The owners specifically requested that the crew quarters include materials and furnishings of a similar quality to those used in the guest accommodation.

Calex has six decks, with special attention paid to the owner’s deck, which occupies over 148 square metres and includes a lounge with bar and a 180-degree view. The sun deck features a forward steering station, gym, steam room and Jacuzzi. She also has a dedicated beach club complete with a bar and side-opening terrace.

With sea trials already well underway, Calex is expected to be delivered this year.

This website uses cookies to improve your experience while you navigate through the website. Out of these cookies, the cookies that are categorized as necessary are stored on your browser as they are essential for the working of basic functionalities of the website. We also use third-party cookies that help us analyze and understand how you use this website. These cookies will be stored in your browser only with your consent. You also have the option to opt-out of these cookies. But opting out of some of these cookies may have an effect on your browsing experience.
Necessary Always Enabled
Necessary cookies are absolutely essential for the website to function properly. This category only includes cookies that ensures basic functionalities and security features of the website. These cookies do not store any personal information.
Embed Always Enabled
Many provides privacy enhanced mode for embedded videos or maps or any other embed functionality to website from 3rd party providers, like youtube, vimeo, googlemaps etc. to avoid loading any tracking cookies please setup the embed option
Preferences
Preference cookies are used to store user preferences to provide them with content that is customized accordingly. This includes the language of the website or the location of the visitor.
Analytics
Analytical cookies are used to understand how visitors interact with the website. These cookies help provide information on metrics the number of visitors, bounce rate, traffic source, etc.
Advertisement
Advertisement cookies help us provide our visitors with relevant ads and marketing campaigns.
Save & Accept