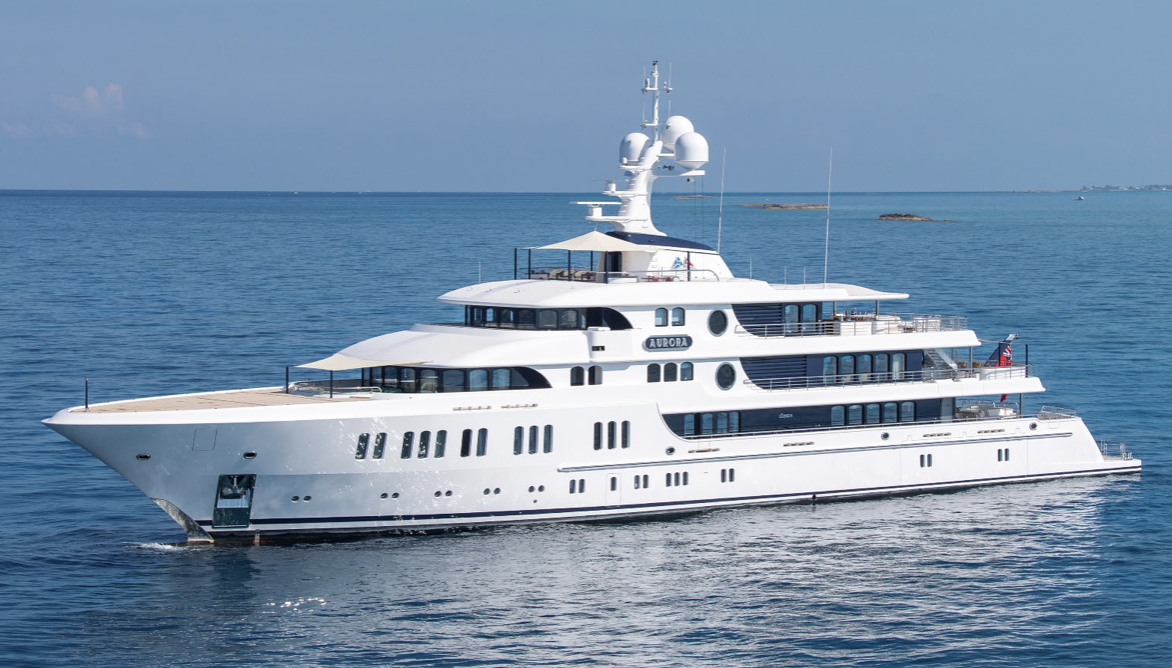 The value of superyachts listed on the brokerage market soared in June as €500 million worth of yachts joined the sales market, outstripping May figures by 29 per cent. However the number in Yachts requiring  management is rising.

A total of 43 superyachts were listed for sale last month, up from 35 new listings in May. The most expensive new arrival was the 74 metre Lürssen superyacht Aurora, which was listed for sale with Burgess with an asking price of €130M, according to exclusive BOAT Pro data brought to you in association with Superyacht Recruiter.

Aurora was also accompanied by several more big-ticket listings including the 82 metre Sarafsa, asking €75M with Burgess, and the 54.3 metre Amels Ariela asking €29.5M with IYC.

Despite a booming June, the average listing price remains relatively equal to that of May with a slight increase from €11.4M to €11.9M.

The largest sale was the 44.5 metre Sanlorenzo H1 asking €27.9M with Edmiston.

The month of March still holds the crown for the highest total sum of new listings in a single month – €619.9M – with June running in at close second in 2022 so far.

Meanwhile, June saw €213M in superyacht sales; a slight decrease from the €220M recorded in May. A total of 38 brokerage sales were completed across the month – three with asking prices withheld – while four new build sales were signed. The largest sale was the 44.5 metre Sanlorenzo H1, asking €27.9M with Edmiston.

The average sales price in June was €6.6M up from €6.1M the previous month.

There were 41 recorded price reductions made in June which equated to €50.4M. This figure is the largest seen so far this year boosted by a single €25M price drop on an unnamed vessel.