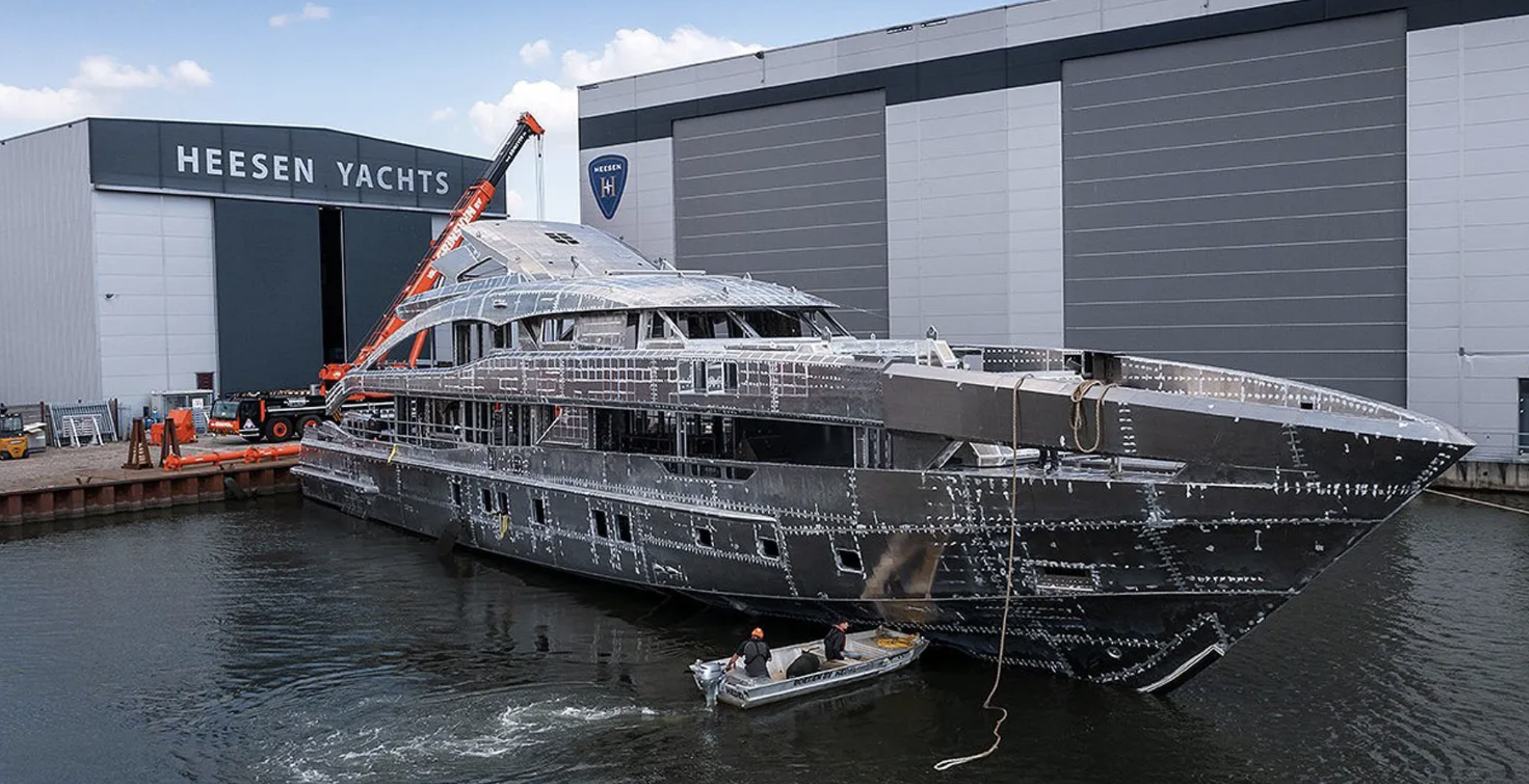 Heesen has joined the hull and superstructure of Project Jade, the third hull its 50 metre semi displacement superyacht class.

With the engines also installed, the Dutch yard has confirmed the yacht is on track for delivery in spring 2024.

According to Heesen, this line is ideally suited for buyers looking for a fast model with a shorter delivery time. Project Jade builds on “Heesen’s legacy of fast, hard-chine aluminium yachts” and represents a good example of the yard’s ability to deliver fast, sub-500GT yachts that comply with the new emission regulations.

In a statement, the yard said that “future-proofing new designs is at the heart of the shipyard’s philosophy, and Jade is no exception”.

The yacht also has a generous beach club with unfolding swim platform and loose furniture for making the most of life at sea.

An optimised hull, minimised transom depth and creation of propeller tunnels reducing the draft to 2.15 metres result in improved fuel efficiency and performance. According to Heesen, these factors equate to an efficiency gain of 12 percent compared to previous 50-metre models.

Speaking about the yacht, Heesen’s chief commercial officer Friso Visser said: “This combination of speed and shallow draft makes the design ideal for cruising in shallow coastal waters such as the Bahamas, as well as the crystal clear waters of the Mediterranean.”

The “modern but cosy interior design” penned by Cristiano Gatto offers plenty of customisation opportunities for the owner. While she has two sisterships, Heesen has said that no two yachts in the series will be the same and credits its in-house team of interior designers with creating “the most intricate designs”.

Accommodation on board is for a maximum of 12 guests in five cabins, comprising two twins and two doubles in the lower deck, and a master suite on the main deck forward.