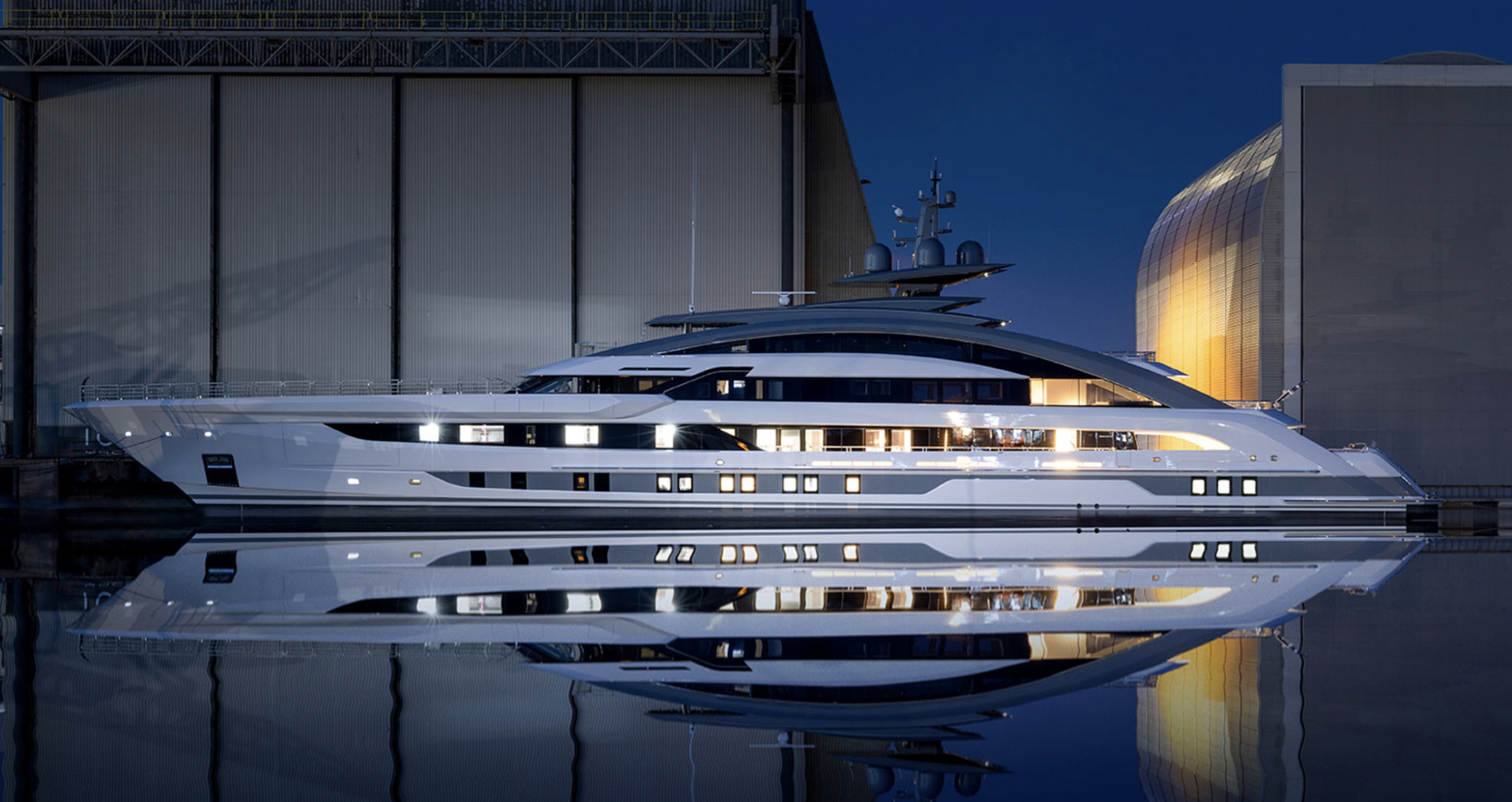 Dutch yard Heesen Yachts has confirmed its 80 metre flagship Project Cosmos will be heading out on sea trials this week.

The all-aluminium flagship was first unveiled at the end of 2020 and was last spotted in January navigating the narrow Dutch canals as she was moved from Oss to Harlingen to finish outfitting. Once delivered, Project Cosmos will supersede the shipyard’s current flagship, the 70 metre Galactica Super Nova, by 10 metres and take its place as the fastest aluminium yacht in her size class.

Galactica‘s four MTU 4000 M73 engines totalling 19,000hp will be put to the test as she heads out for a week of sea trials in the Netherlands.

Accommodation is for up to 12 guests split across six cabins, including a main deck master suite, bridge-deck VIP and four lower deck cabins. The crew quarters will sleep a staff of 19 people.

While pictures of the interior have yet to be revealed, a selection of renderings were released in December 2021 depicting the use of natural materials, with lighter hues and accents of blue and darker wenge. Other decorative materials will include black onyx, straw marquetry and crystal panels while custom furniture made from glass, marble, metal and various woods will add the finishing touches.

Other key features include a certified helideck on the bow beneath which sits the tender garage with room for a Winch-designed custom limousine.

Given the current political climate, the shipyard released a statement that accompanied the announcement. It read: “Heesen Yachts adheres to all laws and regulations and, as always, works closely with customs and other government agencies in building and certifying its yachts. Neither Heesen Yachts nor any of its current customers are on any sanctions list.”